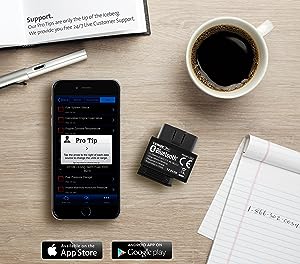 I travelled once to these up market city where everything seemed flashy, the traffic seemed to be moving smoothly and I loved it! However, at one of the points in which we were flagged down by some hard faced traffic cop, I heard them talk about the OBD 2 and something to do with the engine.

The period of time through which we were held up, the cops trying to check the car for what I later on came to know to be called fault, it struck me like some bad dream that this society had great levels of order.

It rung in my mind and as the driver was later on cleared to proceed to where we were going, I was left with several unanswered questions. That was how I learnt about the on board diagnostics (OBD) scan tool, an important component of the car engine in several countries at present.

However, it is in the United States where the law regulating the use of the diagnostic scan tool has taken great strides.

What is the on board diagnostics (OBD)?

The second generation diagnostic tool (OBD 2) simply put is an electronic gadget which was developed when the need to have a mechanism to regulate how the car engine worked was mooted. It is an electronic system which uses codes and protocols to be able to discern the cause of any car engine fault.

The need for a standard yet controlled system of car engine use necessitated the idea where the car engine fault could be sorted in no time thus reducing the emissions. It has been made to cover almost all aspects of car engine use.

The OBD in historical perspective

In the state of California, the need to keep the environment clean has not been in question. Light trucks, small cars, which are usually the majority on the roads are known to give out thick bellowing smoke which was realized could affect the air quality were the culprits. 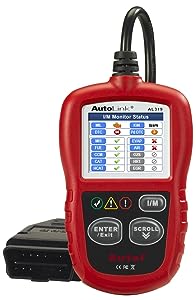 The several laws which were underpinned to deal with this issue mainly dwelt on the environmental protection angle of the OBD tools. It is not surprising then that these law talks of this category of cars made from 1996 as the mandatory group to have the device installed in them.

That was how the first generation diagnostic (OBD 1) scans came into being. The clean air act in the United States was a culmination of a lot of efforts aimed at having a good environment.

With vehicle engines touted as the major contributors, the control of the car engine operations which was the major source had to get something to keep it in check. That was how the electronic gadgets to control this came into being.

With the production of the on board diagnostic (OBD) scan tools getting to be many, the society of automotive engineers (SAE) had to act with speed. This was to curb the rate of eminent dumping and environmental risk caused by the diverse gadget, each car brand with its own.

In that breadth, the second generation onboard diagnostics (OBD 2) came into being. This new system had a standard through which all the gadget manufacturers were expected to comply. It comprises of what may be termed as electronic controlled fuel ignitions which would then use sensors to measure the engine performance and this control emission.

The adoption of this new system by the United States environmental protection agency (EPA) was the ultimate end of the manufacturer of diverse OBD 2 brands. The new system in the form of OBD 2 thus brought sanity and can be characterized by the use of some of the following;

It is therefore worth noting that since 1996, the OBD 2 rule has been in effect in most of the cities of the United States, with the possibility of most global cities having joined the fray.

Why the OBD 2 is important?

The OBD 2 is a rather important part of car use. The main reason for its development has been to;

This development was the best thing that ever happened to motorists given the fact that it made the period of repairing the car to go down drastically. As a result, the initial period which was taken by mechanics as they used the trial and error method was long gone.

In addition, the current OBD 2 has avenues of informing the driver while at the same time some OBD 2 tools are known to interpret the fault codes making the repair much easier.

With each day, the need for more regulations in motoring is growing. Better development of the onboard diagnostic scan to include other areas of car use which we may not have now is rather urgent. You are now well aware of the importance attached to this all important car component, which is on each driver’s lips-like some broken record!