Which OBD 2 reader should you get for your car, the Bluetooth or compact?

Making purchase decisions is not an easy thing. It becomes even more complicated when what you have to make the decision about is an item whose use is associated with a lot of importance. The OBD 2 reader has in the recent past become part and parcel of any car in the United States.

In fact, with the advent of technology, the innovation, which was the on board diagnostic, is becoming a household song, which will be sung by even young children. However much the tools are popular, the changes and diversity is the real issue which makes deciding on them to be even harder.

In the current OBD 2 reader market, the presence of the Bluetooth devices has stuck its neck like some tower of barbell. This is not to leave behind the compact OBD 2 readers which have always been in use since the beginning of the OBD innovation.

These are known to be the pioneers. They are commonly referred to as plug and play devices. Are fed with the codes for the universal car use and are usually used when connected physically to the car engine.  In spite of the available technology, the compact readers are usually slow acting devices which may require a lot of prompting to give the data. 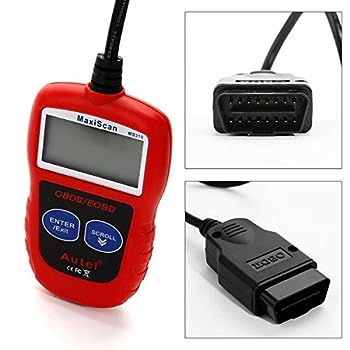 The compact OBD 2 readers usually used when connected physically to the car engine.

Additionally, the readers of this category gives the user the diverse code readings but in most of the instances may require the motorist to seek the services of trained technicians to be able to get to the root of the car fault and as a result help with the repair process.

Though the universal application of the OBD 2 readers has made them have the compatibility which is more enhanced, the compact readers are still not seen to be as compatible as the diverse users may wish them to be.

Another area which was of concern with the continued use of the compact readers was on the cost of buying them which was at times seen to be relatively high. In spite of this, that would also be its strength because of the guaranteed quality and the need for no internet use.

These would be compounded further with the ever nagging fear that the device can fall down and be broken in the course of use.

The advent of the wireless technology was utilized by most of the diagnostics experts to get something which would solve the weaknesses seen perennially on the compact OBD 2 readers. That was the way the Bluetooth readers came into the market. 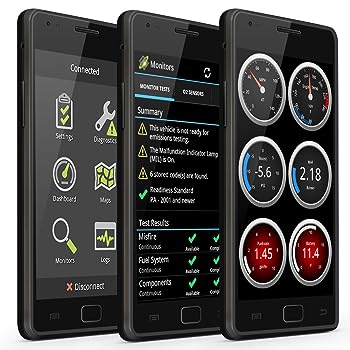 For their ability to work remotely through the wireless internet interface, the Bluetooth devices have been widely praised for their speed at coding. The codes would be delivered in no time with just the establishment of the connection remotely.

The flexible nature of the devices alone gives the user a hands free means of tackling vehicle fault. That is mainly because there is no need for connections using pins. That compliment alone would not make me forget the nature at which the data would be presented on its nice looking OBD 2 screen.

It is the cost of the OBD 2 Bluetooth devices which has continued to amaze most of the users. The majority are sold at mouth watering prices when compared to their counterpart in the compact category.

The Bluetooth OBD 2 readers are easily updated through the online means, a feat which can also be done on most of the compact readers, though with the latter requiring physical connections. The compact ones will need connection to the car computer system with the software to be updated downloaded and run.

The reason why most modern car users are falling head over heels for the wireless Bluetooth devices is basically because of their ability to interpret and help with the fault repair process. It has made naught of the initially complex process.

The two parameters of the modern OBD 2 has been a hard nut to crack for most of the car reader shoppers. Both of these devices are found to have some of their own strong points which enable their enthusiasts to love them. With the newer versions of both types of readers working towards efficiency, making a choice is of essence.

However, if you are among those who want to move with the current trends of the modern society, getting a Bluetooth OBD 2 reader would be the in thing. For those who are quite economically minded, the price of the Bluetooth devices is lower given the fact that they are usually smaller.

But wait a minute! Factor in the need to have a working internet connection when buying the Bluetooth reader. This makes them to have some hidden cost unlike with the compact ones which are plug and play devices.

The compact OBD 2 readers are usually made to look nice; though the speed is lower than that of the Bluetooth devices which may just give you the perfect opportunity to have your car engine reading result in no time.

For their wireless nature, the Bluetooth readers have been reported to fall prey to the technology hacking issues which may then put your car engine fault reading process in great jeopardy.

Getting you to make a decision on which device to use on your car may not be good given the diverse needs and the understanding scopes of each individual. If you ask me, the Bluetooth OBD 2 reader will suit any modern motorist and so fit for your car. This is subject to the available budgetary allocations you have made.