How does an OBD 2 connector work?

The introduction of the use of the on board diagnostic scans OBD devices had only one primary purpose of regulating the amount of emissions coming into the atmosphere. The problem was so serious because of the prevalence of some fault ridden cars on the road 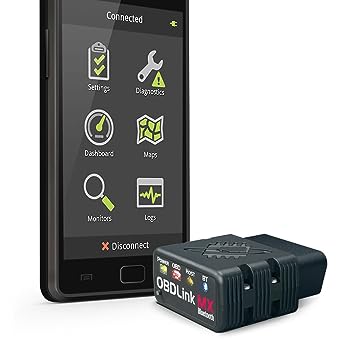 However, with time, the purpose of the on board diagnostics has drastically changed and the second generation scan tools known as the OBD 2 has been a classic case. The OBD 2 is not so much different from its counterpart which preceded it as the OBD 1.

Like in most cases of the on board diagnostics, the tools are made into two categories which are the scan tools and the readers. The OBD 2 scanner and reader are no different as they serve the primary purpose of getting to the root cause of the vehicle fault.

What has come out in the recent past with the universal application rule on the diagnostic tool manufacture, which made the OBD connector tools to be universal in nature, is the increase of coverage in terms of areas it reads

The scope of work of the OBD 2 scan tool has also increased. In fact, the tools are now enabled to work in areas including the provision of possible vehicle fault solutions.

Where is the connector found?

The OBD connector is an area within your car engine system which allows for the connection and reading of the eventual data by the OBD scan tool user. In the old car versions, it was placed somewhere on the car dashboard. However, in the modern car, the OBD 2 connector is found below the drivers’ seat.

the OBD 2 connector is found below the drivers’ seat

Of note is that the OBD connector of modern times is not the removable type and may be made to be part and parcel of the car operation system some are made into small computer chips with large capacities and installed on the car engine computer motherboard.

These installed devices may be called data logging devices and are important in keeping the air safe as well as keeping the user safe from the law and harm. The technological advancement in itself has made the development of OBD 2 connectors the in-thing which requires very little space and is quite convenient to the user.

This is in itself making the OBD 2 connector of the modern time hands free device with no need for the user to connect to the engine at all the times. It is additionally worth noting that this is the brain behind the majority of Bluetooth and wireless OBD 2 devices which are gracing the market today.

This problem was what the new generation scan tool regulation came to solve in one single swoop with the introduction f the OBD 2 devices. In this respect, the ability of the scan tool to display the codes is one step aimed at getting to the problem. Depending on the fault, the codes run into millions.

Importance of the OBD 2 connectors

The legal provision and the overall use of the onboard diagnostics (OBD 2) in itself have shown how the devices are important. Some of the areas which have been seen to matter in its working are;

How the connector works

When the OBD 2 tool is connected to the car data connection port, which is the point of connecting it below the seat, it may be powered directly from the engine or be switched on from its own source.

The connection is usually established by dialing the dialing pads and the user either downloads the tool software if it had not been used with the car engine computer. However, the Bluetooth connectors would work by establishing this connection remotely

Apart from the other areas, the connector has 16 pin USB connections with each meant to have a connection t different car engine areas. The power connection is one of these. The uniqueness of the pins is that they are color coded for differentiation purposes

These are the codes which we had looked at. The trouble codes are diverse in number and the user may be required to interpret the meaning of each of the codes. Some of the connectors like the wireless Bluetooth ones have the capacity of giving the interpretation of each code making their use quite interesting.

The operation of the OBD 2 connector is a complex affair in itself. It is in some cases enabled to provide the solutions and then give the car user the desired feedback whether the car is now in good condition with the switching off of the check engine light.

In a nutshell, the OBD 2 connector is simply the tool itself including its accessories. In most instances, the presence of the car computer, a USB cable for ease of connection and a power source are some of the primary requirements in any OBD 2 connector use.

Some of the OBD 2 connectors are found to have the convenience of using the batteries while others rely on the car power system. It is against that backdrop that you will encounter as a user the diverse areas where some devices are called standalone devices.

The areas in which the OBD 2 connector covers are wide and may not be covered at once. It is an integral part of the car engine with most of the tools bought over the counter depending on the taste of whoever is going to use it.

What remains clear is that the operations of the OBD 2 connector is a unique one which is bound to change as the innovations continue to role. Newer connectors are likely to be enabled to get more readings from the car system and enable the car use have more enjoyable safe rides. Have yours to see how it works!